Ready for a new digest with the main sporting events of the week? Pin Up Bet is ready to share with you a hot selection of the best matches. 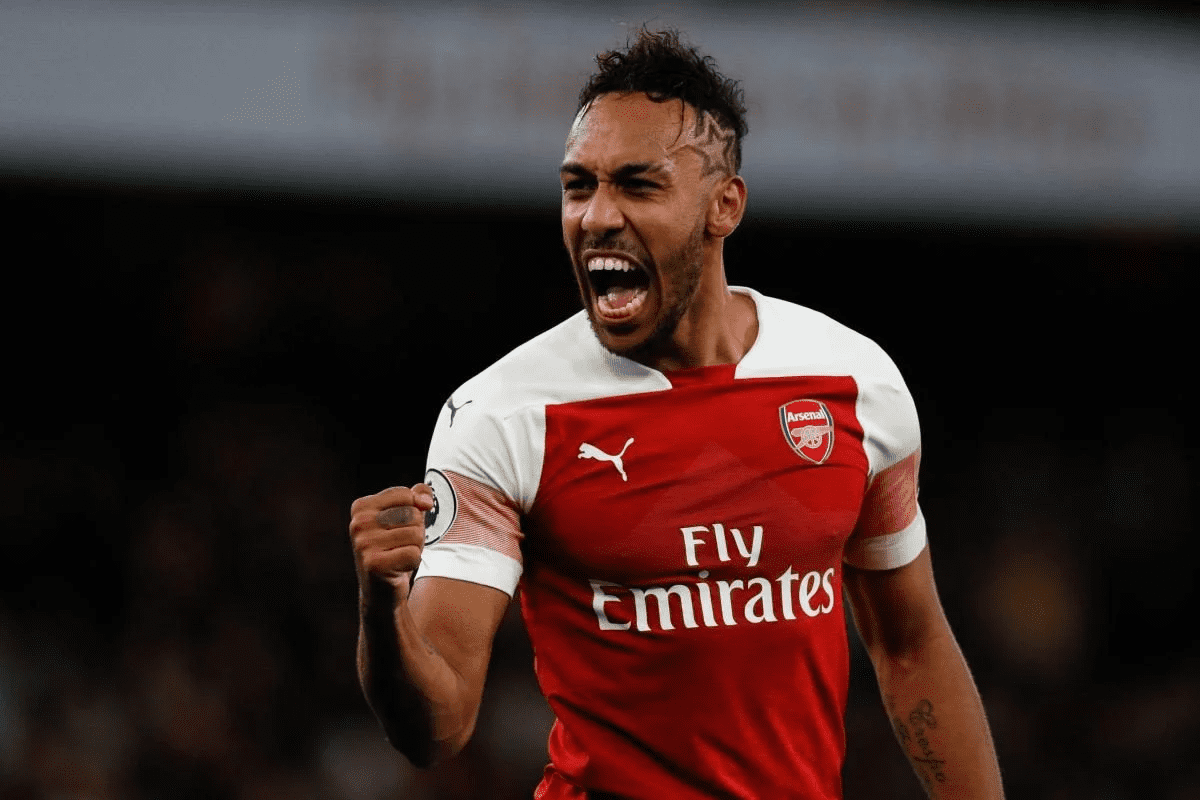 January 27, Monday. The beginning of the week will please with cup games in England. Among others, the Arsenal-Bournemouth game looks the most interesting. The alignment of the match is not very clear, because both teams have been a little "fever" lately.

You can also pay attention to the games in the Turkish and Portuguese championships.

And hockey fans meet the matches of another new game day. January 28, Tuesday. Tuesday is a holiday - on the street of football fans. In some leagues, the final stage of cup matches begins. What to pay attention to? In Spain - the game "Tenerife" and "Athletic", in Italy - the match "Milan" against "Torino". The 1/8 finals will take place in the French Cup: we recommend that you pay attention to the Monaco game, in which Golovin is eager for the cup. 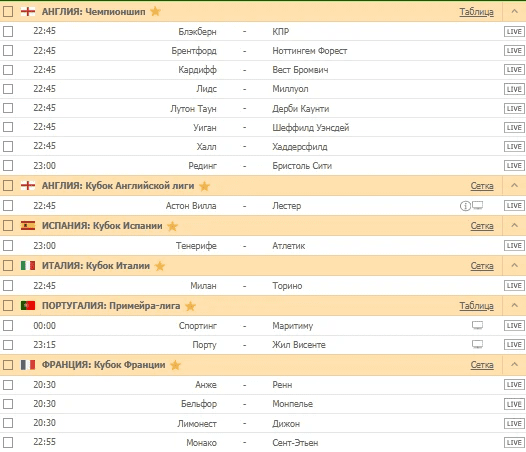 And it will not do without hockey fights. The KHL continues to delight its fans with interesting fights.

January 29, Wednesday. A very interesting day! Liverpool will go to the Premier League to face West Ham. If the team wins in the rescheduled match, then its lead from the pursuers in the table will be cosmic. 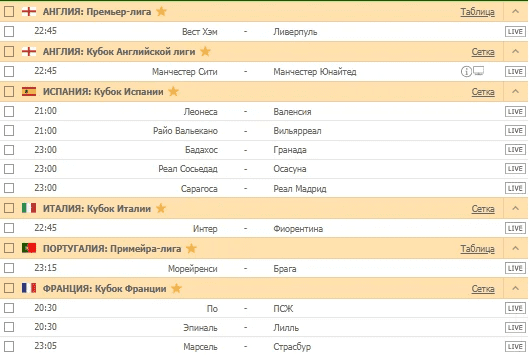 There will be only three matches in the KHL - but very interesting ones. January 30, Thursday. There will be few football matches on Thursday. Cup games in France and Spain will be able to give a lot of vivid impressions. Particular attention can be paid to the game of Barcelona: the club was defeated in the championship, so it will bounce back.

But in the KHL the day will be more interesting. 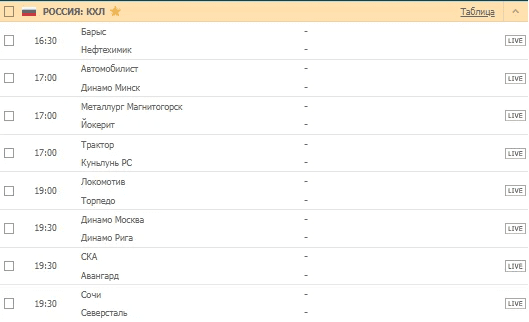 Basketball fans will rejoice at the new games of the Euroleague. As part of the tournament, Khimki will host CSKA Moscow, and Zenit in Spain will play with Barcelona. 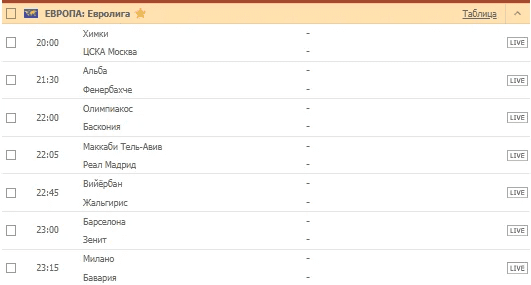 January 31, Friday. On Friday we have a big warm-up ahead of a hurricane weekend. Don't miss games in England, Germany, Holland, Portugal, Turkey and France.

February 1, Saturday. Saturday is a big day with an incredible amount of top matches. In the English Premier League, Leicester will clash with Chelsea, and Wolverhampton will give battle to Manchester United. In the Bundesliga, it will be interesting to watch the game between Leipzig and Borussia. But in the Spanish Example, a chic Madrid derby will take place: Real Madrid against Atlético. 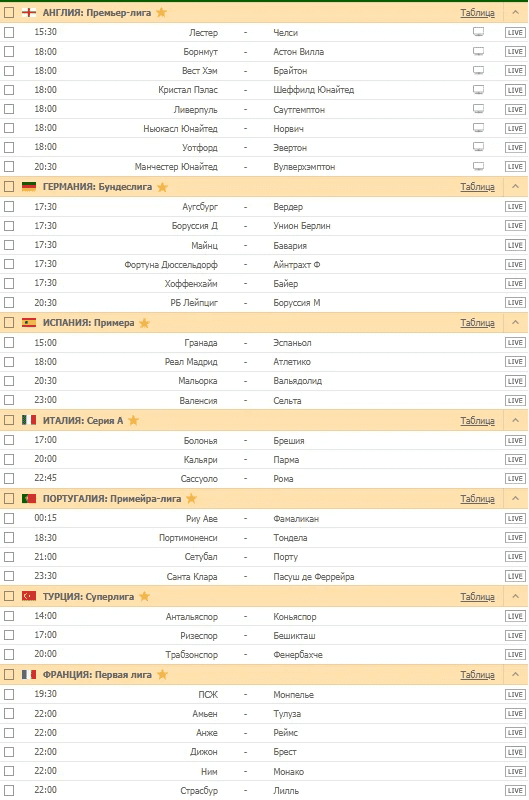 February 2, Sunday. The second weekend will please the incredible battle between Tottenham and Manchester City. Everything is perfect in this game: up to the coaching confrontation between Mourinho and Guardiola. 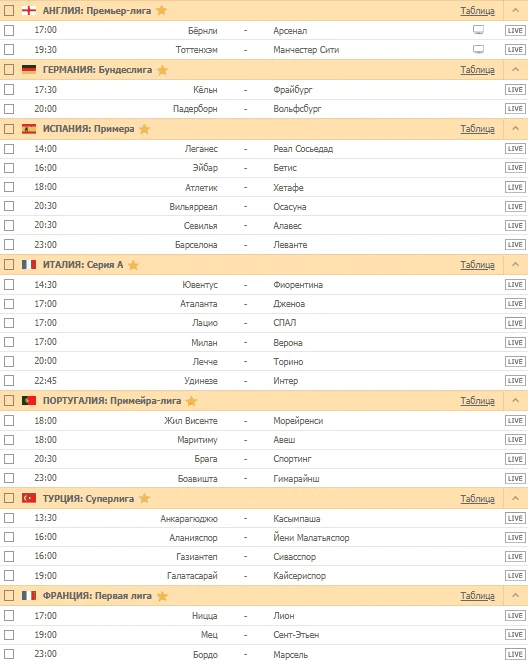 In addition to football, we recommend paying attention to the final matches Australian Open.

That's all, dear friends. Until next Monday Pin up bet!

Facebook
In contact with
classmates
Previous The whole sports world - with a digest from Pin Up Bet!
Next The whole world of sports events - from 3 to 9 February! New Pin Up Bet Digest!