Big sports digest from October 28 to November 3 from Pin Up Bet!

A new week has come - which means it's time to prepare for the most exciting and interesting matches and fights. Are you ready for bright impressions and personal victories with Pin Up Bet? October 28, Monday. The first day of the week may not be very eventful, but there is still something to see. Connoisseurs of English football can enjoy a match in the Championship, where QPR will play with Brentfort. In addition, a fight awaits you in the Portuguese Primeira - Braga will play against Sant Clara.

You can also watch the KHL ice fights - SKA and Severstal will meet in the main match of the evening.

And you can also pay attention to the opening matches of the final WTA tournament in Shenzhen. Elina Svitolina has already outplayed Karolina Pliskova - what will happen next? October 29, Tuesday. Day of domestic football championships in Europe! The English League Cup will please with the games of the 1/8 finals - it will be especially interesting to watch the game of Aferton against Watford.

And in Serie A (Italy) and Example (Spain), the clubs will play the next round of the national championship. Ready to follow? There will be a really big day in regular KHL games. And the most interesting match will be the meeting between Dynamo Moscow and Avangard. 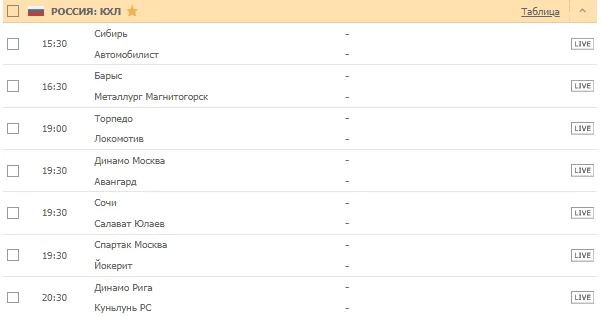 And don't miss a hot day in Euroleague Basketball. The Greek "Panathinaikos" will test the "Khimki" near Moscow - the meeting will be memorable!

October 30, Wednesday. On Wednesday, you need to be everywhere to watch everything: a huge number of football confrontations and fights. The most interesting thing is in the 1/8 finals of the English League Cup. Do you want hot battles? Arsenal vs Liverpool, Stamford Bridge will host Manchester United. 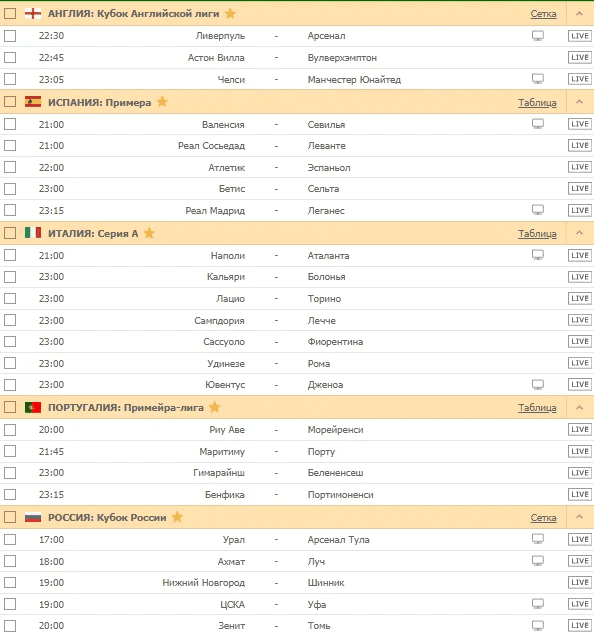 And besides, tours in Italy and Spain will continue - and don't miss the 1/8 finals of the Russian Cup! In addition to football, there will be interesting games in the Euroleague Basketball. Olympiacos will come to Moscow, who are interested in defeating the leader of the tournament - CSKA Moscow.

October 31, Thursday. Thursday is a busy day in national tournaments: in addition to La Liga, Serie A and the Russian Cup, there will be matches of the Portuguese Primeira. And in the Cup of Russia there will be an extremely curious duel between Spartak and Rostov. 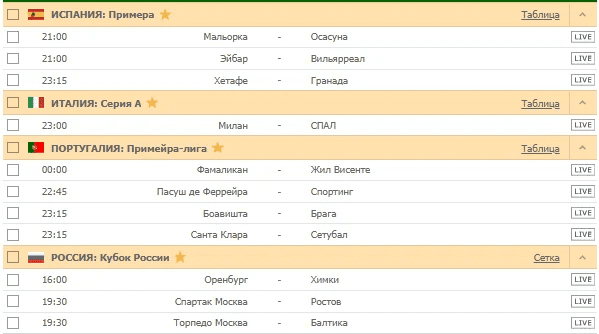 November 1, Friday. Unique Matches - The Rugby World Cup continues in Japan. On Friday there will be a match for 3rd place between the teams of New Zealand and Wales.

Football fans can rejoice at the matches made in the championships of England, the Netherlands, Turkey, Germany and France.

November 2, Saturday. Watching the Rugby World Cup final. In Tokyo, the British will be cut with the South African team. The match will be a hurricane - you can not miss it!

After rugby, you can go for impressions to Premier League matches. They start at 18:00 Moscow time, but Manchester United will play Bournemouth at 15:30.

The Bundesliga will please the Frankfurt match between Eintracht and Bayern, and the amazing Borussia D will come to Leverkusen to meet Bayer.

The example will explode with the matches of Real Madrid and Barcelona. It's a pity, however, that it's still not an Elclassico - it's been rescheduled for December 18th. So far, the grand clubs are waiting for Betis and Levante. It is also worth looking at the duel between Sevilla and Atlético.

And in the Italian Serie A there will be 3 amazing matches at once - do not miss a real gift for the fans.

The RPL will also please with an interesting game: the championship leader Zenit will play with CSKA, which needs to get out of a difficult situation.

November 3, Sunday. The last day of the week will be very busy. In the Premier League, Tottenham will try to win after a series of 11 matches without a win. At the same time, interesting games will be held in all national championships, and RPL fans will be pleased with the classic southern derby Krasnodar - Rostov. 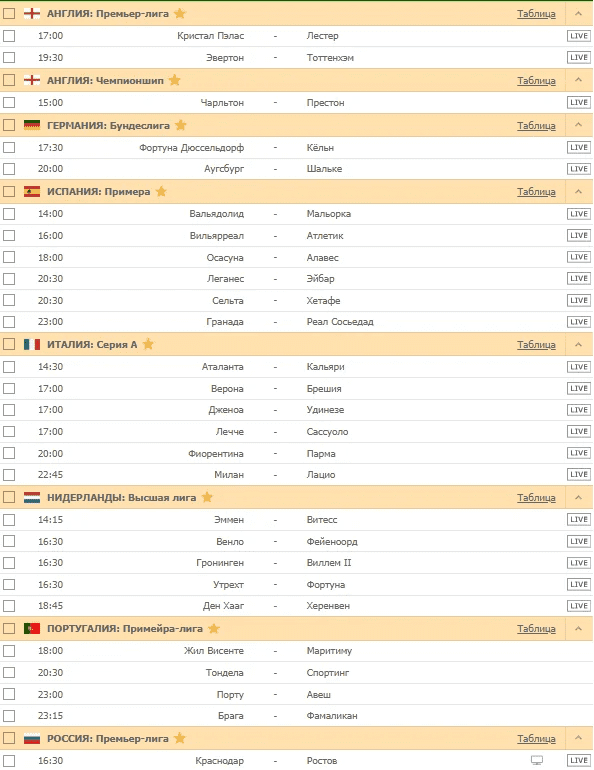 Facebook
In contact with
classmates
Previous Breaking into the best sports events from October 7 to 13 - Pin Up Bet is waiting!
Next The whole sports world from 11 to 17 November with Pin Up Bet!