Top sporting events from 23 to 29 September - with Pin Up Bet!

Happy Monday everyone and have an exciting week! Ready to start a new series of victories and find out what exactly awaits all sports fans? Begin! September 23, Monday. The week kicks off with relegated matches in European competition. Even if there are not very many of them, chic games will still please the fans. For example, Wolfsburg will meet in the Bundesliga, which goes unbeaten and aims for the third line of the tournament ranking, and Hoffenheim.

In addition to football battles, you should pay attention to the KHL games, in which the match of the day will definitely be the game in St. Petersburg: the SKA-CSKA derby will warm up the flight to incredible temperatures.

And don't forget to follow the performance of the Russian national volleyball team at the European Championship. In the ¼ final our team will play against Slovenia.

At the same time, the English League Cup games will begin in England, which will be played by the country's top clubs.

And there is also the Rugby World Cup in Japan right now. The Russian national team continues a worthy performance: after an excellent game against the Japanese team, now they will meet with the Samoans.

September 25, Wednesday. The third day of the week is a bunch of matches in the top championships. We pay special attention to the Italian Serie A: Roma will play against Atalnta, and it will be an aggressive match with many goals and an emphasis on attack. 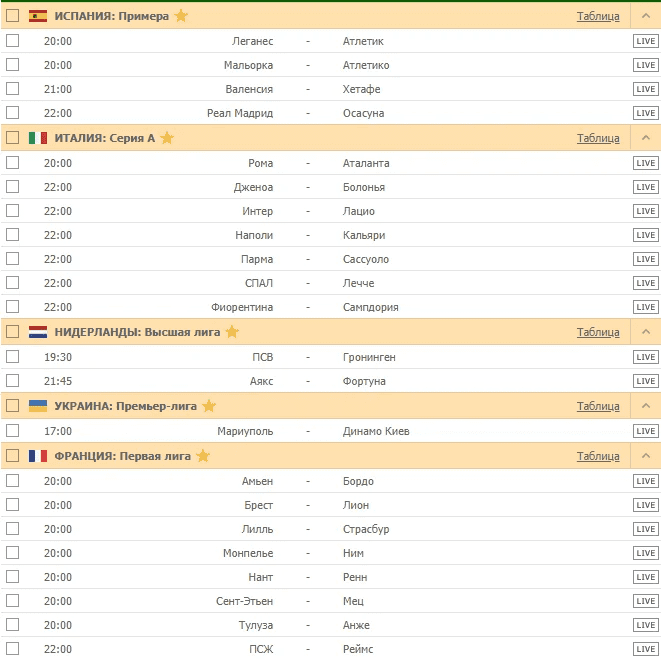 Another chic match will be held by Inter and Lazio. The leader slowed down a little at the start, but he definitely intends to catch up. The English League Cup on Wednesday is an ideal opportunity to load on the totals: on this day, the top clubs will play against teams from the lower divisions.

Fans of Russian football will rejoice at the start of the 1/16 Cup of Russia. The first match will start at 12:00 Moscow time. The games will be opened by Luch and Dynamo Moscow. 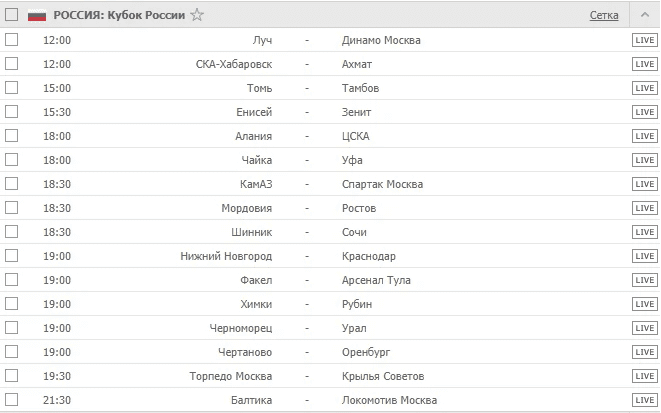 September 26, Thursday. On Thursday, we pay attention to the games of the Spanish Primera, the Italian Serie A and the Dutch Premier League. Separately, we look at Milan, which is in 12th position in the championship and will play with Torino (10th line).

September 27, Friday. Friday is a lot of fun from the rendered matches in the European championships. We especially look at the game "Villarreal" - "Betis". And if the former have Santi Cazorla, but do not have their own game, then the latter have a good squad and no understanding of what to do with it. But you really need to keep an eye on the game.

September 28, Saturday. It's time to rejoice at the huge number of games in the European football championships. Starting with the Premier League, a resilient Sheffield United will play against a hitherto undefeated Liverpool at home. It seems that surprises should be expected from this match.

In the Bundesliga, the suddenly soaring Leipzig, which has not yet lost to anyone, will go to visit Schalke - and it will not be an easy game.

The Spanish Primera will erupt with a stunning game from Atlético against Real Madrid. Let the teams be in a fever, but the match will definitely be special. Well, other championship games are also not to be missed.

The next games will be held in the RPL, and the Moscow Lokomotiv will play a particularly hot match, which will be hosted by Zenit, which occupies the first line of the rating.

September 29, Sunday. On the final weekend, the Premier League will please the duel between Leicester and Newcastle United. The Foxes were able to defeat Tottenham before, and now they expect to get three more points.

The Spanish Primera will please with a large number of matches. We advise you to pay special attention to the battle between Sevilla and Real Sociedad. The former leader of the tournament will try to regain positions, but it will definitely not be easy.

It's a big day in Italian Serie A. Milan will be tested again in the game against Fiorentina. It looks like the Rossoneri are having a tough week.

But the RPL will host 4 matches at once. On this football day, many fans are interested in the question - "When will Spartak Moscow win"? Muscovites will play with Orenburg, which has already proved more than once that it is ready to play powerfully against any giants.

Facebook
In contact with
classmates
Previous The best of sports with Pin Up Bet!
Next All sports events and the best matches from September 30 to October 6 - with Pin Up Bet!