Friends, we are ready to start a new week with announcements of the most interesting and hottest sporting events in the world! Ready? For example, did you miss the amazing performance of Dmitry Medvedev, who won his first Masters, leaving behind the legendary Novak Djokovic? And now we are waiting for a chic US Open Tournament - we will definitely follow! August 19, Monday Monday will open with US Open qualifiers. Attention - two Russians will perform at once in the women's grid. Definitely a must see!

Football fans can take a break from a large number of matches and focus on two beautiful matches: the Moscow derby Spartak - CSKA in the RPL and Wolves - Manchester United in the Premier League.

August 20, Tuesday On this day, fights in the Champions League continue. The intensity of emotions reaches the limit - after all, there is absolutely nothing left before the group stage, so there can be no passing matches. Of the most interesting games - the Dutch Ajax will come to visit APOEL in Cyprus, and you can not underestimate anyone. Club Brugge will play in Austria, while Cluj will face Sparta Prague at home.

The English "Championship" will delight fans with the start of the next round.

August 21, Wednesday All fans for domestic clubs in the Champions League are preparing for Wednesday. Krasnodar, which pleased everyone with the passage further, is going to Greece, to visit Olympiacos. Qualification continues!

August 22, Thursday Thursday is Eurocup Day. In the Europa League we will again worry about the Russian club: Spartak will play with Braga. The club's task is to win and comfortable conditions before the second leg. In addition to this game, you can pay attention to the match "Torino" - "Wolverhampton". 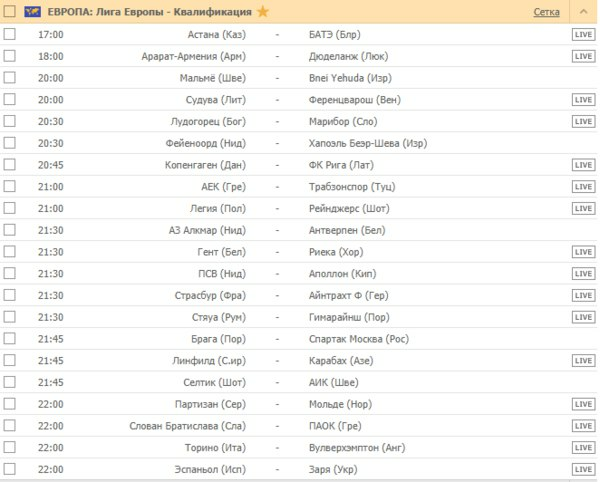 August 23, Friday The end of the working week will please with the continuation of the national championships: interesting matches will be played in the Turkish Super League, the Spanish Primera, the Bundesliga, the Portuguese Prime Minister League and the Premier League.

August 24, Saturday The first day of the weekend is a huge number of top-level football matches. Separately, we highlight the start of Serie A in Italy: we are waiting for a super match between Napoli and Fiorentina. But in the Premier League, the best game of the day will be the match between Liverpool and Arsenal, in which the teams will break each other's unbeaten streak. 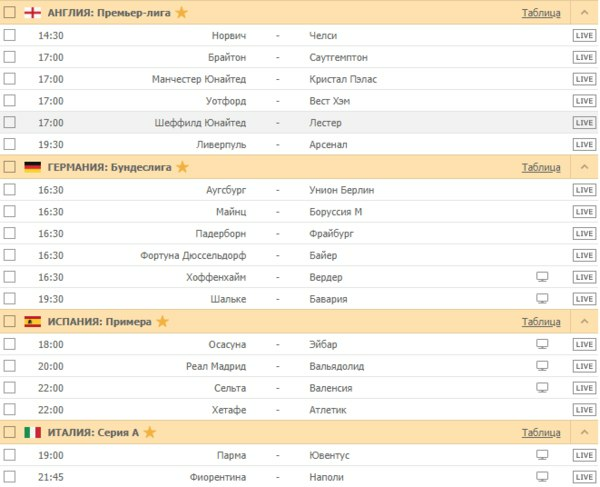 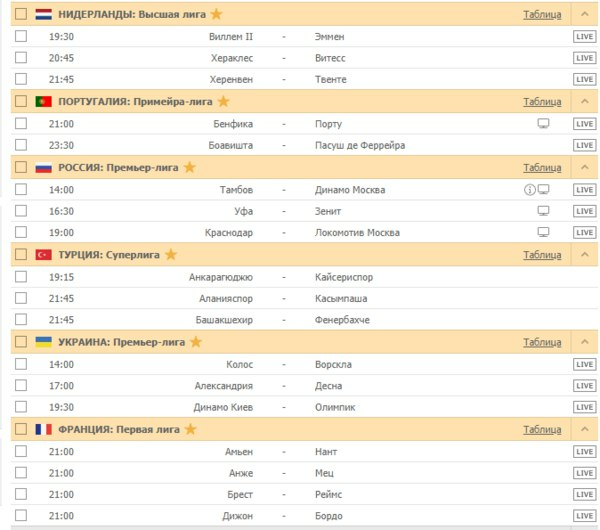 In the Bundesliga, Bayern continue to swing, and now they are waiting for a tough match in Geneslkirchen. And in the RPL there will be an excellent game between Krasnodar and Moscow Lokomotiv. 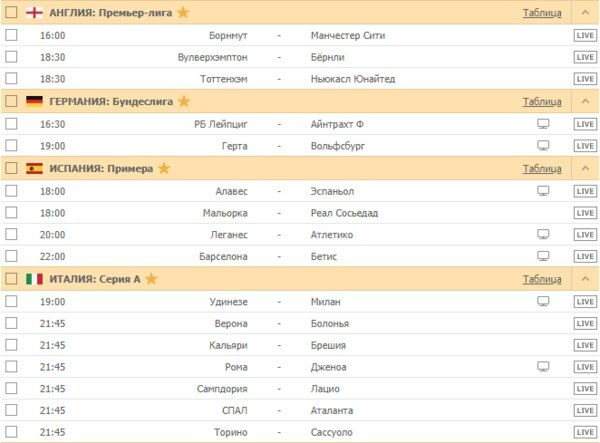 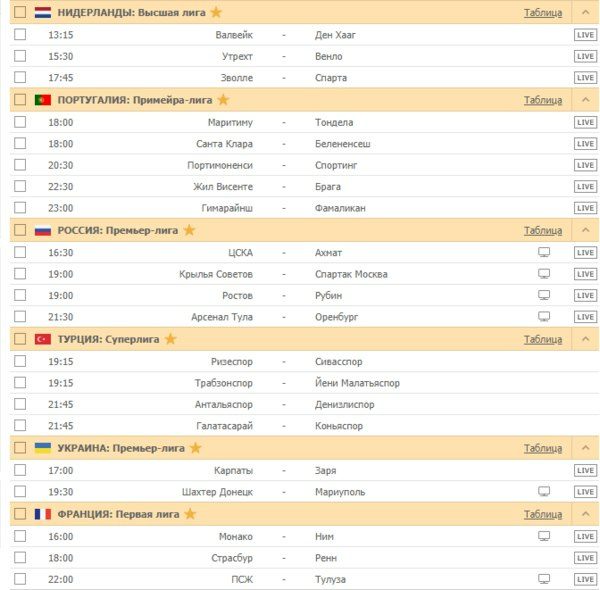 August 25, Sunday It's another awesome day for football fans. A huge number of matches, but most of the games will be held in Italy and Russia.
Facebook
In contact with
classmates
Previous All sports events from 5 to 11 August - with Pin Up Bet!
Next The whole world of sports - with news from Pin Up Bet!