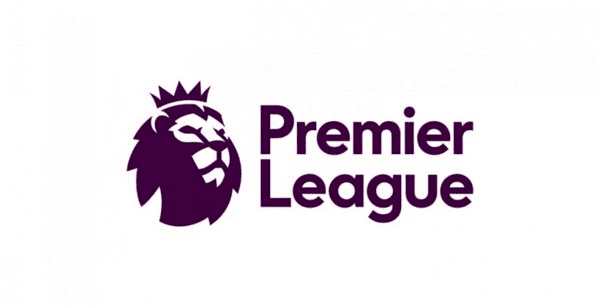 Checking the sports calendar and getting ready for a new sports week! Pin Up Bet is ready to open the world of sports for you in all its glory. Ready? Monday, August 5. The first day of the week closes the 4th round of the Russian Football Championship. Fans will be pleased with the game "Akhmat" - "Orenburg". At the same time, the Orenburgers will have a hard time, as the team from Grozny needs a victory.

In the English Championship, the first round ends: the match between Huddersfield and Derby County will take place at 21:45 Moscow time.

Tuesday, 6 August. Eurocups are starting to heat up: amazing battles are waiting for us! The famous Ajax will meet with PAOK, and Dynamo Kiev will test the strength of Brugge.

If you love English football, we recommend that you pay attention to the start of the English League Cup. Portsmouth will host Birmingham at home in the 1/64 final match.

Wednesday, 7 August. Day of domestic fans and fans of Krasnodar, which will play its first match in the Champions League against Porto. Of course, this is one of the most anticipated matches of the day. And in Turkey, the possible rivals of the “bulls” in the playoffs will play: Olympiakos will come to Istanbul to visit Basaksehir.

In addition, the Super Cup game will be held in Turkey and the new season will be officially opened: Galatasaray and Akhisarspor will fight for the trophy

Thursday, August 8 "Spartak" will go to Switzerland to confirm the status of a participant in Eurocups. It will also be interesting to pay attention to the match between Steaua and Mlada Boleslav. Nikolai Komlichenko shows himself well in the Czech team - will he be able to push the team further in the Europa League? 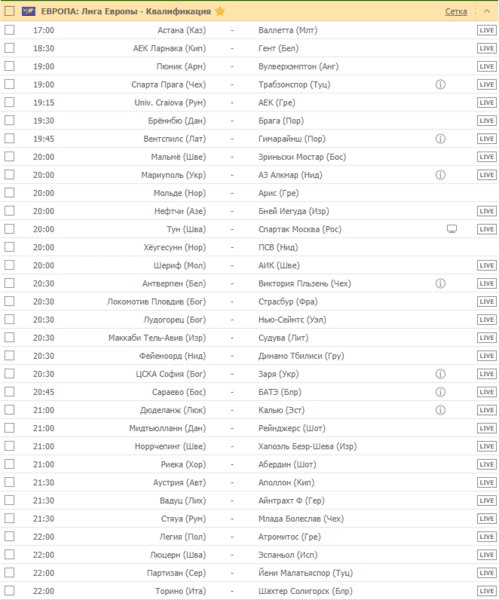 Friday, August 9. Premier League starts Friday! The main event will delight football fans with the match between Liverpool and Norwich. In addition to English football, let's pay attention to the First League in France, in which Monaco with Golovin will play against Lyon.

Good news from Germany: three great matches at once will take place on Friday, do not miss the fight for the German Cup.

Do you want exotic? Hurry up to evaluate the Chinese Championship! The Superleague will please with matches involving Oscar, Hulk and Arnautovic!

Saturday, August 10 The real day of the Premier League and RPL! English football will please the match "Manchester City" - "West Ham". And of course, you can watch football battles in Russia, France and the Netherlands. 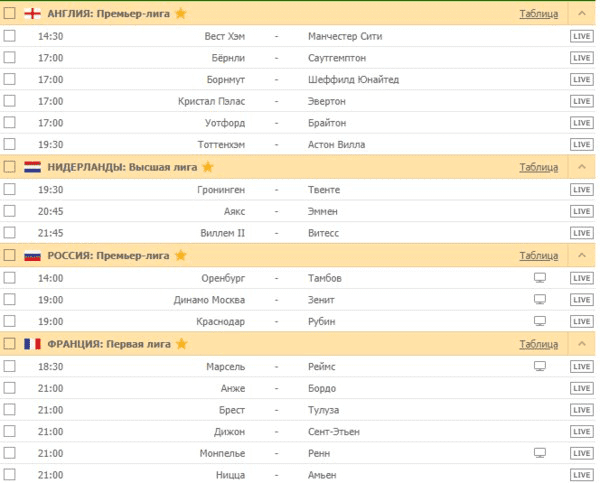 Sunday, August 11 The long-awaited match that all football fans are waiting for will happen in the Premier League: Manchester United will host Chelsea, who will enter the field without Hazard and with a transfer ban. 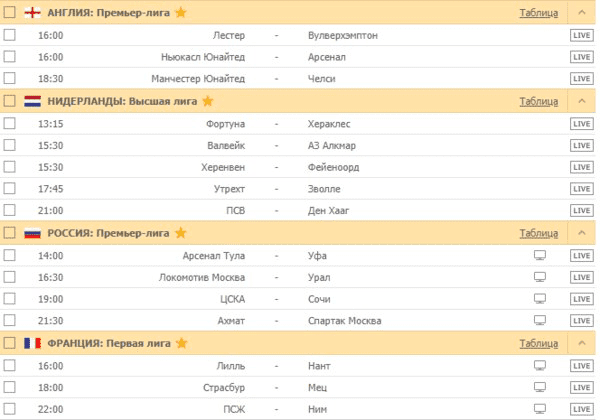 And in the RPL, the 5th round will be closed with four interesting matches at once.

Ready? The main sporting events are waiting for us!